These apps saved me probably HUNDREDS of hours last year, and after a lifetime of undiagnosed ADHD, finally helped me have some semblance of organization.

PS I use a mac and iphone, so these apps are mostly mac and ios only. Sorry for my windows and Linux users!

This is a really handy app that helps you organize all of your to-do lists and tasks.

I have tried many task list methods over the years, and (largely due to my previously un-diagnosed ADHD) I have never been able to make them work.

But I still use this app on a daily basis.

It’s the most elegant, efficient and productive task management app I’ve ever tried.

This app can save you tons of time, has a beautiful interface, and the team has thought out every feature you could ever need, and many that you didn’t even know you needed.

My favorite feature: The Quick Add

The best feature by far of Things on my Mac and iphone is the “quick add” feature:

It’s a really easy way to pop up a window while you’re doing anything on your computer – you don’t have to switch into the actual app to use this, it just pops up over whatever you’re already doing…

Then, you just type your task you’d like to add, and hit cmd+enter – and boom! the task goes straight into your inbox – and you don’t have to interrupt your flow to do it and open another app.

This one feature alone has probably saved me dozens of hours in the last year.

Once you try it, you’ll see how amazing this feature is. And why other apps just don’t even hold a candle to things.

Many people also like todoist, which I haven’t tried yet, but I’ve also heard great things.

Bottom line? When it comes to task management and to-do lists, It’s worth it to get really well designed app in my opinion.

Last year I did a deep dive into productivity, and found Tiago Forte, creator of the Building A Second Brain program and author of the book by the same name to be my favorite teacher.

In the book and his courses, Tiago teaches how to fully organize your life by using a simple system – and he centers the entire system around learning how to take and organize better notes, and he starts with evernote.

I’ve been an evernote user since it came out, but I’ve never really found myself sticking with it very long.

It wasn’t until I combined it with the AWESOME power of the Building A Second Brain system that I finally realized how incredible a tool Evernote really is.

It’s much easier to use and find things than google docs, which was the app I tried to use for notes before.

And it has the same benefit of being auto-synced and cloud based.

Plus, the mobile app is quite good and syncs up to all devices through the cloud.

This is the newest addition to my productivity arsenal. For many years I’ve made due with the default options offered by Google calendar and apple’s ical.

But this app is beautifully designed and takes calendar management to whole new heights.

I sincerely regret not looking into and getting fantastical sooner.

You can simply type into a box using natural language, and fantastical will turn it into the appropriate scheduled event, including time zone calculations (which are sorely absent from google’s attempts at natural language inputs, in my experience).

Do yourself a favor and invest in a nice calendar app – I recommend fantastical.

This is a true killer app. I’ve been using screenshot apps for years like Snagit from Techsmith, or my previous favorite app Droplr.

I always liked the flow of pressing a few keys to take a screenshot, then having it automatically upload to a cloud service (droplr).

And for more advanced options, I used snagit – editing, markup, and more.

However, cleanshot x does all of these features and more – and does them WAY better.

another example of how really beautiful product design can impact your life in so many positive ways.

Cleanshot X is so worth the money, especially if you’re a content producer at ALL.

It speeds up things like writing blog articles by cleverly making it very easy to snap a screenshot, then drag it into any content – a wordpress blog article, an email marketing platform, or a note taking app like evernote.

You just have to see it to believe it.

Alfred is the man. If you have a mac computer, you need to replace the default spotlight toolbar with alfred.

It has so many extensions and features, and can literally save you hundreds of mouse movements and clicks every day.

Alfred is almost infinitely extendable, but you can start for free.

One of my favorite handy tricks is to create a new WordPress blog post from alfred.

Mailstrom is a really cool app I found last year in an attempt to get down to “inbox zero” – having zero remaining unread emails in my inbox.

I had gone for 5 or more years without even attempting the feat, and I thought for sure that it would take me weeks.

Actually, it took me just a couple hours, because I used mailstrom. It was truly mindblowing.

Check it out – once you get set up, you can plow through your inbox at lightning speed.

Check it out here : https://thenomadbrad.com/go/mailstrom/

The keyboard shortcut for how to create a checkbox in Evernote (not a to do list) is as follows: On Mac: Shift + Command + C This shortcut can save you a ton of time if you use checklists as often as I do in Evernote. 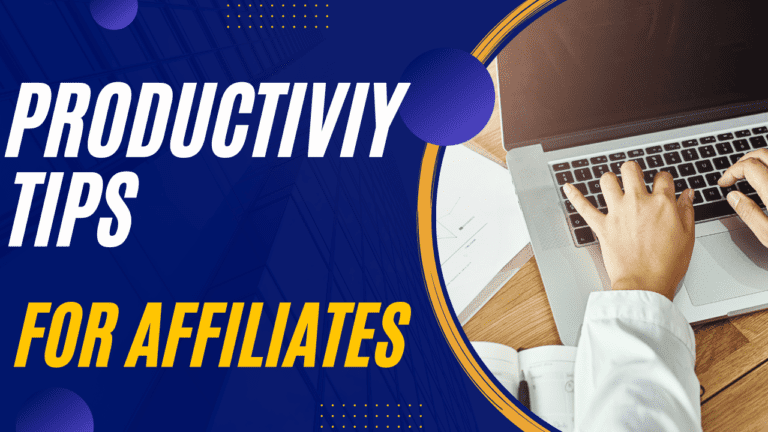 Here are some great productivity tips for affiliates. Google Chrome Productivity Tips Keyboard Shortcut To Close Tabs To The Right

This little shortcut can save you lots of time if you run a wordpress blog and use Alfred. It’s just a simple workflow to open up a link to the default “new post” page on your wordpress site. How To Create A New WordPress Blog Post From Alfred (Step by Step) Step 1: Create a…

I just discovered a handy shortcut for Mac OS: This is the keyboard shortcut to automatically copy a screenshot to your clipboard. This will copy a portion of your screen as a screenshot, and save it directly to your clipboard so you can paste it into other apps: Command + Control + Shift + 4…

If you’re a productivity nerd like me, you love apps that make your life easier, like the Things app for managing your task & to-do lists, and the Alfred app for saving lots of valuable time today by being an intelligent launcher for your mac os. Download & Learn About The Workflow Here. The Built-In…